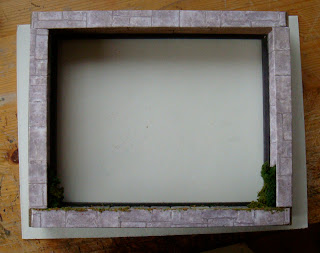 The paperclay proved to be a disaster. Well that's not quite true. I finished the painting and the clay did not crack any further but the backboard of the shadow box warped horribly and despite many an hour under heavy weights I could not get it back into shape.
This meant it would not fit on to the back of the frame. Which meant I had to start again.
So new frame. Smaller than the last. 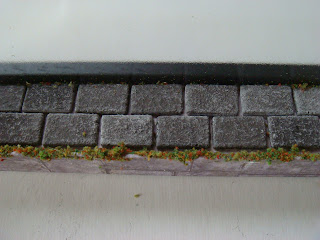 Same left over roof tile flooring with a little bit of greenery to hide the gap at the back.
This time I lined the frame directly with bog standard stone effect paper nothing fancy. 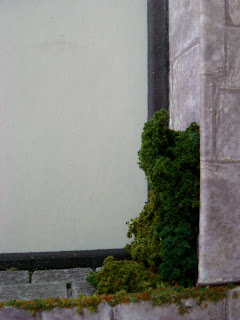 A bit of bush greenery in each corner softened the edges nicely. All was going well until I noticed the size of the back board. For reasons known only to the manufacturer the board was the same size as the glass, this meant it fell straight into the frame. I could not work out how the board would ever fit. Surely it needed to be slightly wider than the opening?
Well anyway, the physics of that was beyond me. I am sure there is a really simple answer but what I did was make four sides to frame the hole at the back and cover them with the stone paper providing an edge all the way round. 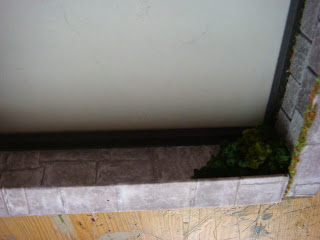 The backboard could now be glued to this. 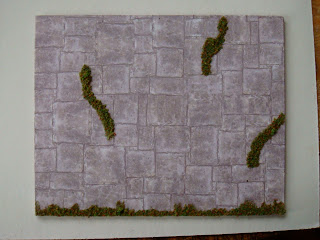 This will be the stone wall for the new floating shelves. With my son's birthday on March 15th I have been a little worried that my teeny Harry Potter dolls would not arrive on time.....but they have!!! 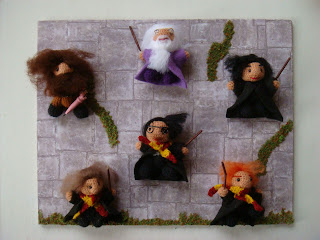 How cute are these?! They will really make him laugh, she says hopefully! Birthdays never seem to be as much fun when you are working and paying rent so I wanted to make him feel that he is still allowed
to have a bit of silliness in his increasingly sensible life! 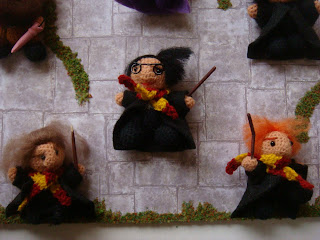 Shelves still need to be added and they will each have their name on a parchment scroll. 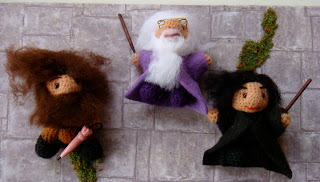 When everything is glued into place I should be able to place them all in the shadow box. A much simpler project than I had first planned! 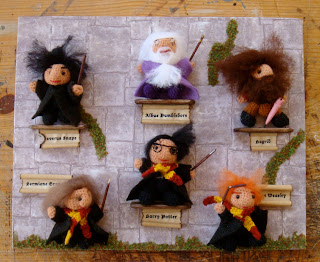 Floating distressed steps added along with the parchment name scrolls. 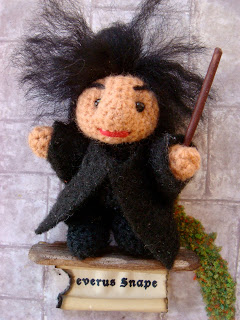 Oh dear! Set light to this scroll but after taking three attempts to get the right font and size I decided to leave it as is. He is deceased after all! 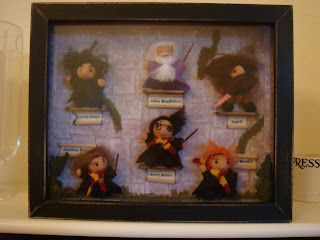 All done just in time for the birthday tomorrow. The back fitted on nicely and I have added picture hooks so it can be hung up, somewhere!

I really appreciate all comments that readers take the time to leave. I try to reply to all of them. 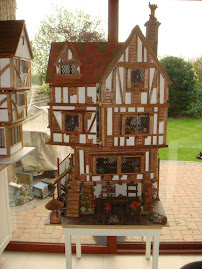